Skimmers, if you follow the C-Store industry you know it’s been a problem for the past several years that is only growing. Now law enforcement has a new tool in the fight against skimmers thanks to an ambitious computer science professor.

Called the ‘Skim Reaper’, it resembles a long credit card that can be slid into a card slot. It is connected by a wire to a box with a screen that flashes “possible skimmer” when a skimming device is detected.

The US$ 50 gadget was invented by Patrick Traynor, a computer information science and engineering professor at University of Florida, and two graduate students.

“I’ve been doing skimming for approximately five years now and I have never used anything like this,” said NYPD Detective James Lilla.

The U.S. Secret Service estimates that more than a billion dollars is being stolen from consumers every year by skimmers. 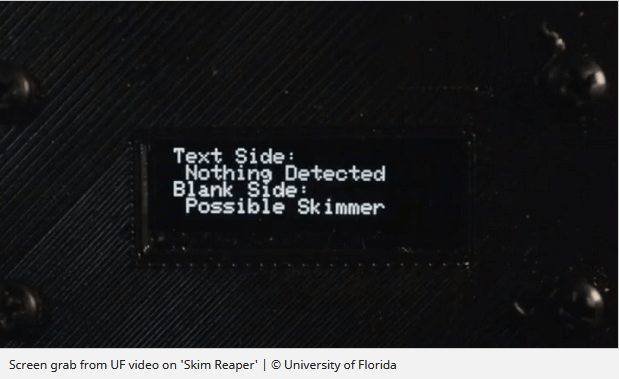 The Latest
From Metco

Slow flowing dispensers do not mix with today’s fast paced world! Did you know the filters installed on your dispensers work to catch contaminates before reaching your customer’s fuel...

Microsoft Begins Using AI to Identify Smokers at the Pumps

Artificial intelligence is continually creeping into aspects of our everyday life, including at some gas stations. Microsoft has begun working with Shell to identify people smoking at the pumps...