In its July 24 determination letters, the EPA said it had concluded a six-year extension of the deadline “could unintentionally do more harm than good.” The agency noted that the testing and inspection requirements in the 2015 regulations focus on the components most likely to leak or fail to detect a leak. The requested delay, therefore, “could result in releases not being identified and addressed for many years, which ultimately could result in unnecessary environmental damage and more expensive cleanup costs.”

Other factors mentioned by the EPA in support of its decision not to extend the deadline include:

The EPA urged tank owners not to wait until the last minute to arrange testing. Also the EPA will consider the good faith efforts of owners when deciding how to respond to a violation. 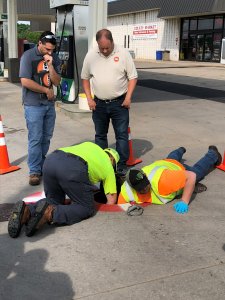 METCO is trained and equipped to test your sumps. Don’t wait until October, call us today!

The Latest
From Metco

Slow flowing dispensers do not mix with today’s fast paced world! Did you know the filters installed on your dispensers work to catch contaminates before reaching your customer’s fuel...

Microsoft Begins Using AI to Identify Smokers at the Pumps

Artificial intelligence is continually creeping into aspects of our everyday life, including at some gas stations. Microsoft has begun working with Shell to identify people smoking at the pumps...